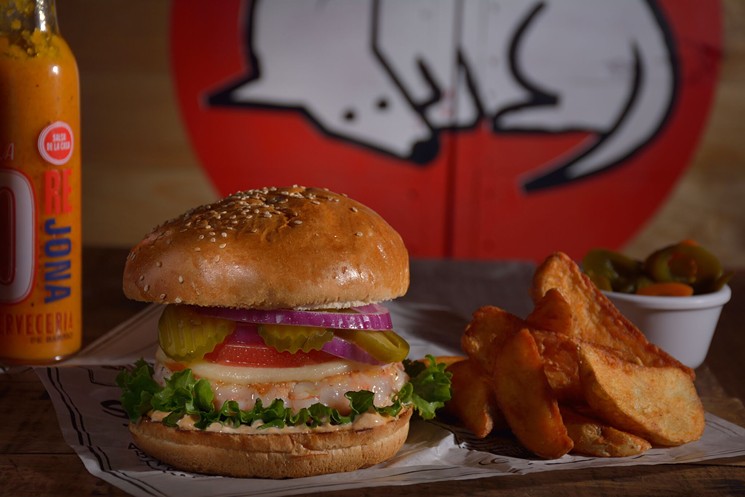 La Cervecería de Barrio, a seafood restaurant based in Mexico, will open its first U.S. location on South Beach’s Lincoln Road in early August. With it comes a guacamole-making station, 300 varieties of tequila, and nearly two dozen kinds of fish and shellfish.

“Miami is a top destination for companies looking to expand, especially in the food industry, ” says Jamil Dib, cofounder of V&E, ” and Lincoln Road is one of Miami’s top pedestrian-only destinations for dining, nightlife, and culture. So we’re excited to bring the first seafood cantina concept here.”

Inside the 3,560-square-foot restaurant, diners will be greeted by a glass-enclosed guacamole-making station where chefs will mash avocados in a piedra de molcajete, a traditional Mexican-style mortar and pestle used to ground food.

Inspired by typical Mexican marisquerías (seafood cantinas), the menu will rely heavily on cooking seafood over a charcoal grill, as well as offering grilled and breaded fish. A raw bar will be stocked with 15 varieties of shellfish, some of which will be cooked al carbon. Prices range from $8 to $28.

The menu, designed by Mexican chef Ricardo Martinez, will also include some of the restaurant’s best-selling plates from Mexico, including a shrimp burger layered with onions, tomatoes, lettuce, and pickles, as well as tacos and tostadas on house-made tortillas.

The restaurant’s bar will offer more than 100 beers, 300 tequilas, 100 mezcals, and a lineup of cocktails including Mexican micheladas, containing tomato juice and beer and topped with either clams, oysters, or shrimp.